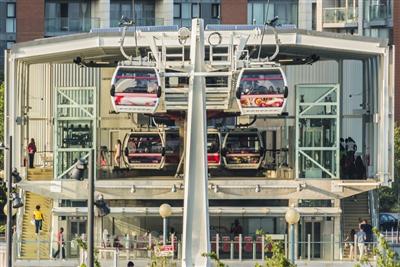 The London Cable Car, officially known as 'The Emirates Air Line', is a cable-car which crosses the River Thames in East London, between The Royal Docks near Canning Town and the Greenwich Peninsula, two of the most active areas of regeneration in London.
Read more