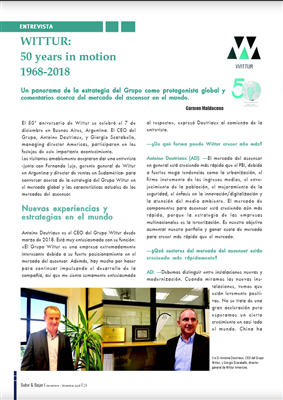 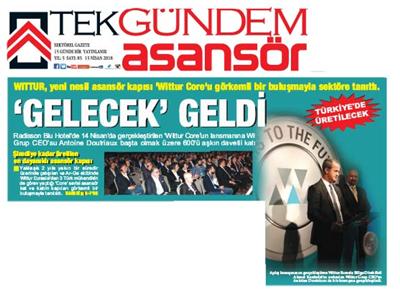 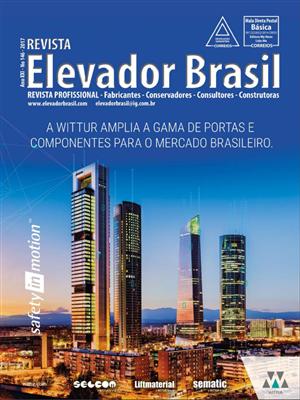 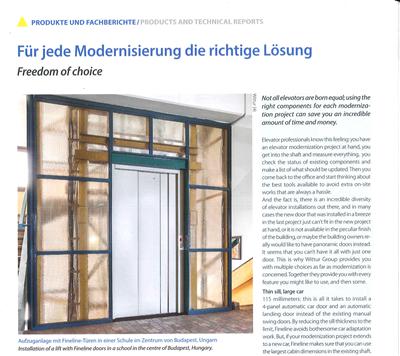 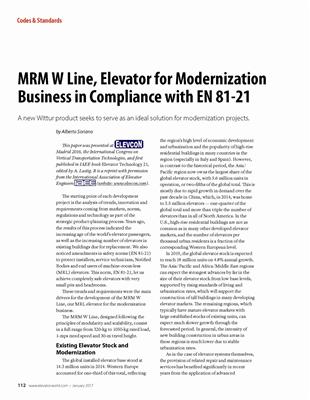 A new  Wittur  product seeks to serve as an ideal solution for modernization projects: The MRM W Line, designed following the principles of modularity and scalability, consist in a full range from 320-kg to 1050-kg rated load, 1-mps rated speed and 30-m travel height. This paper by Alberto Soriano was presented at   Madrid 2016, the International Congress on Vertical Transportation Technologies,
Read more 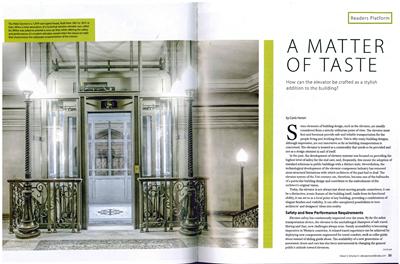 A Matter of Taste

Some elements of building design, such as the elevator, are usually considered from a strictly utilitarian point of view. The elevator must first and foremost provide safe and reliable transportation for the people living and working there. This is why many building designs, although impressive, are not innovative as far as building transportation is concerned. The elevator is treated as a commodity that needs to be provided and not as a design element in and of itself.
Today, the elevator is not always just about moving people; sometimes, it can be a distinctive, iconic feature of the building itself. Aside from its functional ability, it can serve as a focal point of any building, providing a combination of elegant finishes and visibility. It can offer unexplored possibilities to turn architects’ and designers’ ideas into reality.
Read more 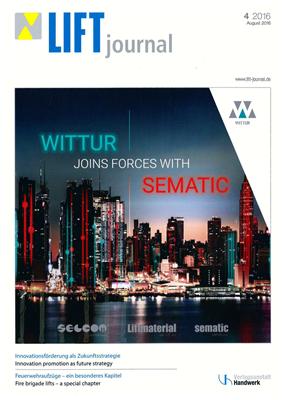 ​Combined company will become one of the significant global manufacturers of components, modules and complete systems for the entire elevator industry  On April 1st, Wittur announced that it had successfully completed the closing of its acquisition of the Sematic Group, a leading supplier of elevators and elevator components headquartered in Osio Sotto, Italy. After few months, the integration processes are proceeding at full speed ahead and the new combined company is taking shape.
Read more 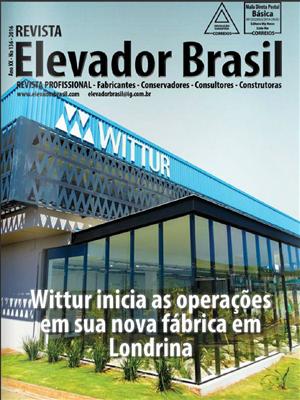 Wittur initiates operations in its new plant in Londrina

On 29 March, the German industry Wittur Ltda, started operations at its new plant located in Londrina, Paraná. The factory has obtained an investment of approximately R$ 30 million and, according to the company the goal is to achieve approximately R$ 100 million in sales by the end of the year. This is the second plant in Wittur Latin America - the other is located in Buenos Aires, Argentina, and has an area of approximately 7000 square meters.
The company is a world leader in the supply of components, systems and modules for elevators. The new plant is installed in an area of 24,000 square meters - of which 11 thousand square meters of built area - and has approximately 92 employees, with the projection to have 120 employees by the end of this year.
Read more 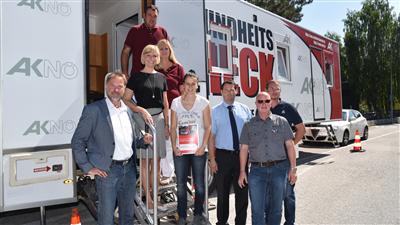 A three-day initiative brought to the parking of  Wittur  Austria in Scheibbs a 16-meter long, 16-ton health truck of Labour Lower Austria, where the employees had the chance to check their health and fitness for free. The health-truck was equipped to test and measure body fat, hearing efficiency, lung function and blood values. In addition, a radiation-free spinal screening was performed. Within 15 minutes  Wittur  Austria employees learnt more about their health status, stress levels and possible personal risk factors for heart and circulatory diseases.  Furthermore  individual counselling on healthy lifestyles through medical personnel completed the service.
Read more 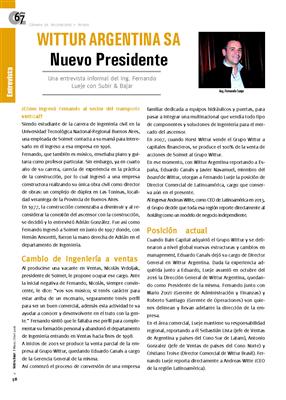 Fernando, how did you enter the vertical transport sector? As a student of civil engineering at National-Regional Technological University of Buenos Aires, an employee of Soimet contacted  my mother and asked if I would be interested in entering  that company in 1996. I was also a musician, I taught piano and guitar as a music teacher. However, already in the fourth year of my career, I had no experience in construction practice, so I joined a construction company and I managed unique civil works as director of works: a complex of duplex in Las Toninas, summer resort the Province of Buenos Aires. In 1997, construction began to decline and I re-consider the lift connection with the construction. I had a meeting with Adrian Gonzalez, the MD at that time. That was how I joined Soimet in June 1997 where, with Hernán Amoretti, we were Adrian's right hand in the engineering department.
Read more