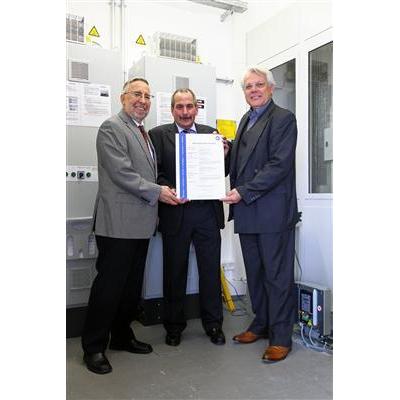 UCM Modernization of lifts at WITTUR Headquarters in Wiedenzhausen, Germany

The lift industry has recently focused on the danger of Unintended car movement (UCM) when lift doors are in open position.
As a result, EN 81-1:1998-A3:2009 und EN81-2:1998-A3:2009 norms were published to ensure that new lift installations are equipped with devices against unintended car movement.
In this respect, also existing lifts should receive the same attention; in particular, The German TRBS 1121, according to the Ordinance on Industrial Safety and Health, describes  a procedure for “change or important modifications of lifts” based on the norms.
This is the reason why Wittur decided to upgrade all the existing lifts in the Wittur building, installed in 2008, to the state-of-the-art from a safety point of view.
Read more 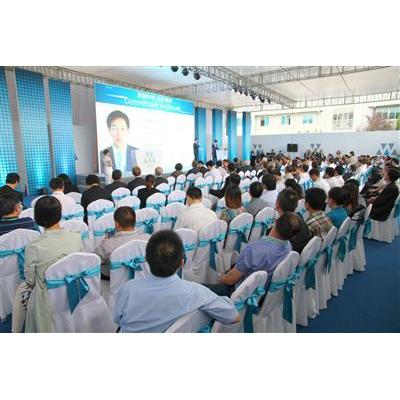 On May 15th, 2013, the “Inauguration Wittur China Phase II” will be held in the production facilities of Wittur Elevator Components (Suzhou) Co., Ltd. located in FOHO Economic Development Zone, Wujiang. An official opening ceremony for the newly built plant section will be held on site for the first time since the foundation of Wittur China’s operation and it will be witnessed by many, including Wittur’s board members, management, senior officials of local government, Chinese customers of Wittur China and key vendors.
Read more 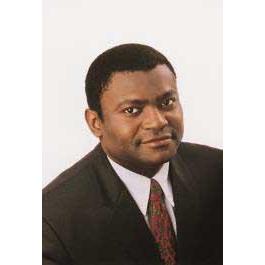 Dr. Etienne Nitidem has joined the Wittur Group on April 3rd, 2013 as Corporate Director R & D.
Dr. Nitidem is 46 years old and was born in Cameroon. After his secondary studies with integrated training in metal cutting technology at Technical School of Douala, he studied mechanical engineering with focus on product development and design at the University of Hannover.
In 1998, he gained his Doctorate in Electrical Engineering and Information Technology at the Institute of Production Engineering and Machine Tools. He then joint industry and worked first as a Development Engineer for Hoisting & Lifting Technology, quickly moved to leading positions in Research & Development in international companies such as Mannesmann, Demag Cranes, Lenze, Sumitomo (SHI) Demag and was at last CTO of the LISEGA Group.
He was responsible within the Board for Production, Engineering and R & D. Among others, he has a long experience in cross functional and intercultural development of mechatronic products, automated systems, motion control, in the life cycle management of product and production data.
His office is located at Wittur Holding GmbH in Wiedenzhausen and he can be reached at etienne.nitidem@wittur.com.
Read more 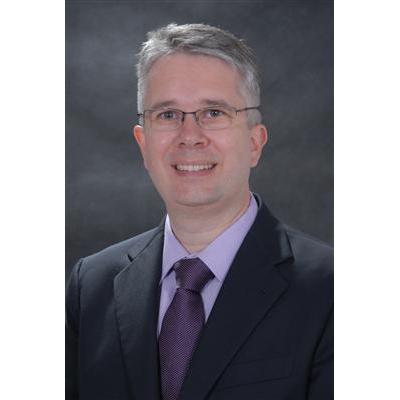 Mr. Andreas Witte has joined Wittur effective July 1st, 2013 taking the position of Latin America Regional Managing Director.
Mr. Witte is a Brazilian-German Mechanical Engineer specialized in Production Management and holds Executive MBA Degrees from the University of Sao Paulo, Brazil and Bentley College, Boston, USA in Project management. He has a wide experience in Lean Manufacturing and the Theory of Constraints.
Before joining Wittur, he worked as Project and Product manager in Freudenberg Latin America and as Operations Director in Dorma Group for the Americas, both based in Brazil.
He is located in Brazil and can be reached at Andreas.witte@wittur.com
Read more 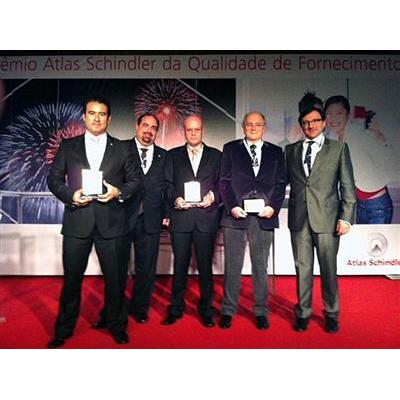 On 13th June 2012 in Sao Paulo, in the context of the X Atlas Schindler Award for the quality of suppliers, Atlas Schindler presented Wittur Brasil with three Supplier awards for, “Quality”, and “Lean performance”. and the highly demanding "outstanding operation performance".
Outstanding Operation performance award recognized not just manufacturing/production quality but OTD and productivity/efficiencies planning and execution processes scores, including permanent proactive service approach. Atlas Schindler accounts for a high reputation market quality and process standards, and this gives Wittur a special pride on high scores in the continuous company audits.
Read more 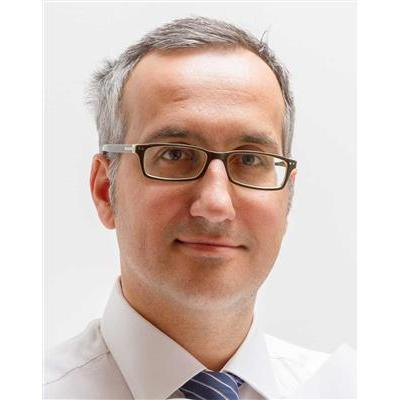 Mr. Miguel Marcos has joined Wittur Group on May 1st, 2012 as Corporate Director Supply Chain. Mr. Miguel Marcos graduated from Studies of Mechanical Engineering, University of Valladolid and holds a Master Degree from IE Business School in Business Administration.
Prior to accepting this position, he served as Purchasing Director in Grupo Antolin, Burgos/Spain. Purchasing Managers in our various entities will report to him. Mr. Miguel Marcos brings experience and proven track record of achievements not only in the Purchasing function but also in the areas of Engineering, Program Management and Operations, which will be of great value in meeting his new goals and objectives.
We are confident that Mr. Miguel Marcos will be an excellent match for the position and a strong asset to the supply chain team. He will be located in Wittur Spa Parma and can be reached at miguel.marcos@wittur.com.
Read more 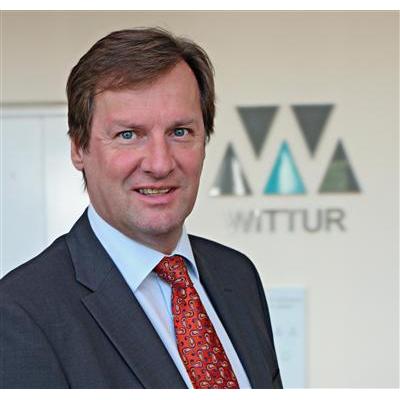 Dr. Daniel Wiest has been appointed as CFO for the Wittur Group. Dr. Wiest has an extensive value creation background as CFO engaged with various Private Equity owned companies, most recently with KCA Deutag (International Drilling and Engineering Contractor) and APCOA Group (European Market Leader for Parking Services).
Dr. Wiest holds a PhD in Political Sciencefrom the University of Berlin and an MBA in Business Administration from the University of Munich.
Dr. Wiest succeeds Mr. Christian Witt, who for personal reasons has decided after four years to pursue his carrier outside the Wittur group.
Dr. Ing. Walter Rohregger, CEO of Wittur Group: “We thank Mr. Witt for his valuable contribution to the company growth over the last years and we are very pleased to welcome Dr. Wiest to Wittur, where his experience will be deployed for the further growth of the group.”
Read more 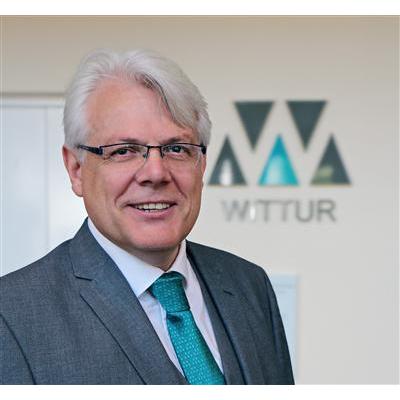 Dr. Ing. Walter Rohregger has been appointed Managing Director of Wittur Holding GmbH with effect from January 1, 2012 and Chief Executive Officer of the Wittur Group as of February 1, 2012. He will succeed Mr. Stephan Rojahn who will be retiring from office in 2012 at the age of 64, as previously planned.

Dr. Ing. Rohregger obtained a PhD in mechanical engineering at Turin Polytechnic University before joining GKN’s Italian subsidiary based in his native province of South Tyrol. GKN is a global engineering group operating in the four sectors of automotive systems, powder metallurgy, land systems and aerospace. During his twenty-five years with GKN, Dr. Ing. Rohregger was able to gain considerable international experience. For more than a decade, he was responsible for expanding Group operations in the Asia Pacific region based on organic growth, as well as via acquisitions and joint ventures. His career at GKN included various positions in production, engineering and sales in the automotive, construction, mining and agriculture business, followed by appointments as MD and CEO, and since 2007 as a member of the GKN Group´s executive team based in the UK.

Mr. Rojahn took over as Chief Executive Officer in 2006 and successfully repositioned the Wittur Group. In addition to improving the company´s operational performance, new facilities were opened in Slovakia, Austria and India and capacities expanded in China, Europe and Latin America.

The Wittur Group is one of the world’s largest independent suppliers of components and systems for the lift industry with a global network of 11 production sites and 21 sales companies. Wittur’s core products include lift doors, safety components and gearless drives, as well as cars, slings, counterweight frames and hydraulic drives. These are designed not only for new installations, but also for modernisation projects. The range of products includes exclusive tailored designs and finishes, heavy-duty solutions, marine installations, as well as standardised equipment. 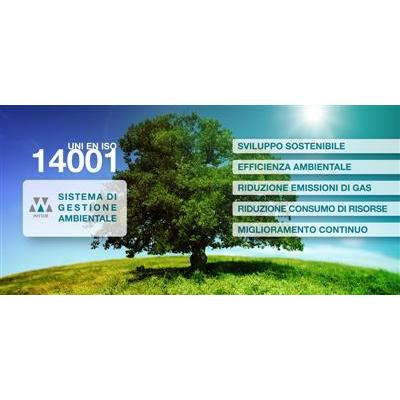 Colorno (Parma) - On March 25th, 2011 Wittur Spa got through the examination to obtain the Environmental management standard certification according to UNI EN ISO 14001:2004 norms.
Eng. Ilaria Tonella, Security Environmental System Manager in Wittur Spa, has replied to some question about the new certification as follows:


1) Why did Wittur Spa embark on Environmental management standard certification path?
Wittur group expectations, the whole market and our customers have been an incentive to take the path of Environmental management standard certification according to UNI EN ISO 14001:2004 norms.
As everyone knows, the attention to the environment in all its aspects is an issue of utmost importance in the logic of sustainable development that doesn’t compromise the ability of future generations to meet their own needs.
Within the company, it’s important to reach a balance between raw material employment and the need to preserve the environment.
A structured Environmental Management System is a useful tool for managing legislative requirements and for our plant improvement in comparison with nearby communities.

2) What are the steps to achieve this prestigious award?
Wittur S.p.A. has been working for ten years according to the procedures that have ensured compliance with the norms, checking resources consumption and environmental management. Last year the management decided to revise the system to comply with UNI EN ISO 14001:2004 norms. The environmental management standard certification path took place during 2010 and finished in March 2011 with final audit of the system.
It was a project to revise and complete the exising documentation in order to to lay the foundations for management improvement through the development and the periodical targets review.

3) How have the employees integrated in the project?
From the beginning my colleagues have been well involved in the project. People are very sensitive to environmental issues, so it’s easy to raise their enthusiasm.
Therefore during the last training there was a great number of partecipants and a lot of improvement suggestions.

4) What are the next steps for the future development?
Wittur S.p.A. defines and organizes all the activities to target the Environmental Management System improvement. It will pay its attention to the production processes, the products, the suppliers and to the whole related activities.
Through the updating of the best available technologies Wittur S.p.A. aims to achieve both excellence in components and excellence in environmental matters according to Wittur group policy.

Scheibbs – April 12th , 2011 - Wittur GmbH Austria today announced the availability of the first integrated system UCM Solution. The Wittur UCM Solution is designed to prevent uncontrolled car movement with open doors according to chapter 9.11 of EN 81-1:1998+A3:2009 which becomes mandatory for new lifts on January 01, 2012

A combination of EOS, the worlds first electronic overspeed governor for the lift industry and the well recognised BSG-25P Bi-directional Safety Gear, the Wittur UCM Solution provides an integrated installation ready system, independent of the controller and therefore avoids unnecessary changes or programming.

The individual components (EOS and BSG-25P) are also available separately with A3 certification.

Orders are now being taken with delivery from May 2011.

You are welcome to experience UCM in action at Wittur’s stand at Asansör İstanbul International Lift Exhibition from April 14th to 17th, 2011 and at Interlift 2011 from Oct. 18th to 21st in Augsburg.