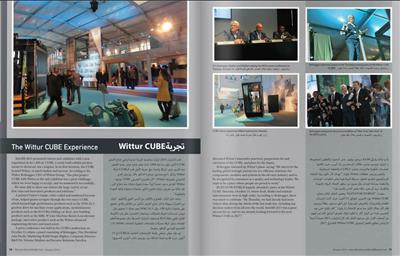 Interlift 2015 presented visitors and exhibitors with a new experience in its 1,500 m2 CUBE, a newly build  exhibit pavilion  meant to showcase one company. In its first iteration, the CUBE housed  Wittur, to  much fanfare and success. According to Dr. Walter Rohregger, CEO of  Wittur  Group, "The pilot project CUBE with  Wittur  as the only exhibitor was a great challenge, which we were happy to accept, and we mastered it successfully. We were able to show our visitors the large variety of our firs class and innovative products and solutions."
Read more 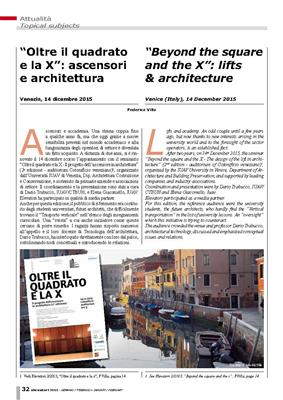 “Beyond the square and the X”: lifts & architecture

After two years, on 14th December 2015, the seminar “Beyond the square and the X - The design of the lift in architecture” (2nd edition - auditorium of Cotonificio veneziano)1, was again organized by the Iuav University in Venice, Department of Architecture and Building Preservation, and supported by leading companies and industry associations.
Read more 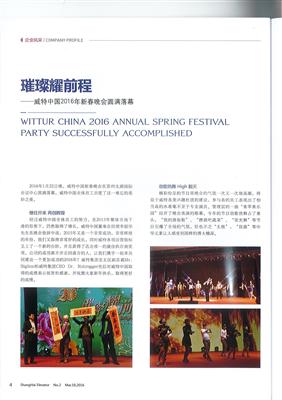 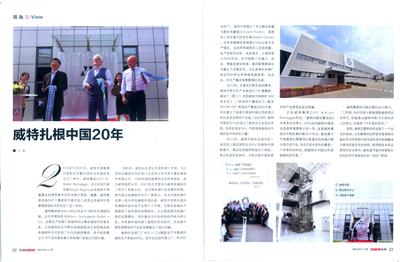 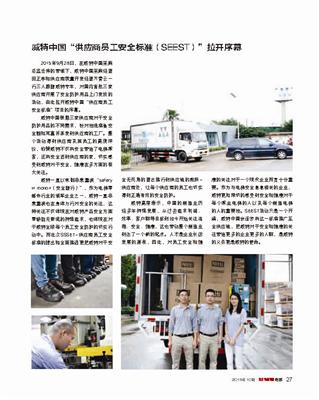 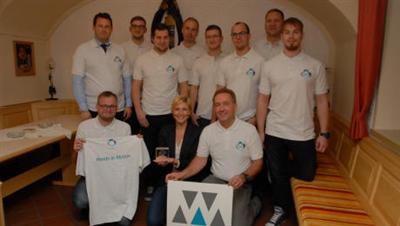 The Association Sirius, the company Wittur and regional partners gave support a single-parent young mother with two children from Erlauftal. 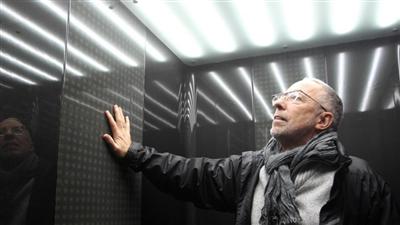 Wolfgang Adldinger introduces a latest achievement, which Wittur presents at the Interlift exhibition. An elevator car made of carbon fiber materials. 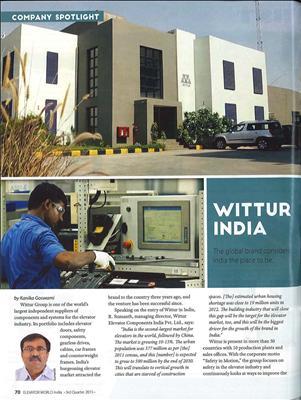 Wittur India: The global brand considers India the place to be

Wittur Group is one of the world's largest independent suppliers of components and systems for the elevator industry. Its portfolio includes elevator doors, safety components, gearless drives, cabins, car frames and counterweight frames. India's burgeoning elevator market attracted the brand to the country three years ago, and the venture has been successful since.
Speaking on the entry of Wittur in India, R. Sumanth, managing director, Wittur Elevator Components India Pvt. Ltd., says: "India is the second-largest market for elevators in the world, followed by China.
The market is growing 10-13%. The urban population was 3 77 million as per  the 2011 census, and this [number] is expected to grow to 590 million by the end of 2030.
This will translate to vertical growth in cities that are starved of construction spaces. [The] estimated urban housing shortage was close to 19 million units in 2012. The building industry that will close this gap will be the target for the elevator market, too, and this will be the biggest driver for the growth of the brand in India." 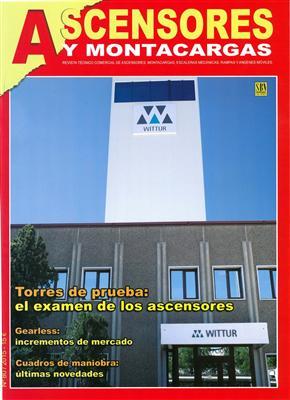 Wittur S.A.U. in Zaragoza, Spain, has unveiled a new elevator test tower which is prepared to perform the most demanding tests. It has a height of 31 meters and has two shafts of 3x3 meters each to test elevators with a load of up to 2,500 kg at 2.5 m /s . The tower, with a total area of 70 m2, has an additional service elevator with a capacity of14 people at 1.6 m/s to access the different floors and the panoramic meeting room at the top

Driving success, which is to be taken literally at Dresdner company Wittur Electric Drives GmbH. The company in the industrial area Dresden Coschütz-Gittersee manufactures different special motors. The drives from Dresden work in many elevators in the world. Servo and main propulsion drives can also be found in numerous state of the art manufacturing facilities. The company, which began in 1983 as VEM Elektromotorenwerk Dresden East belongs since 1999 to the Wittur Group.
Read more